This is a UK based app allowing rail passengers to bid for upgrades to otherwise empty first class seats for as little as £5. They work with several trainlines including Virgin Trains (now Avanti West Coast), Crosscountry, GWR and London North Eastern Railway. 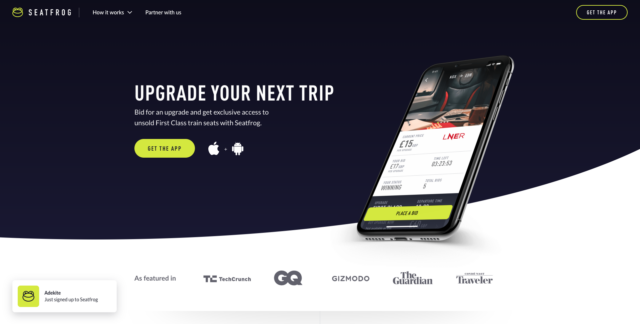 Seatfrog is an Octopus ventures backed startup and originated in Sydney back in 2018. In 2019 they needed our help to understand acquisition channels and establish performance marketing metrics. They hadn’t ever ran any paid marketing previously so I was going into this ad account with no data or creatives.

After analysing their customers and use cases we launched ads across a number of channels (Facebook, Google, Apple Search Ads). I was responsible for Facebook & Instagram advertising.

It quickly became apparent that IOS and Android had different results with a broad strategy so I split the advertising and targeting between devices. I implemented a three prong approach which consisted of; 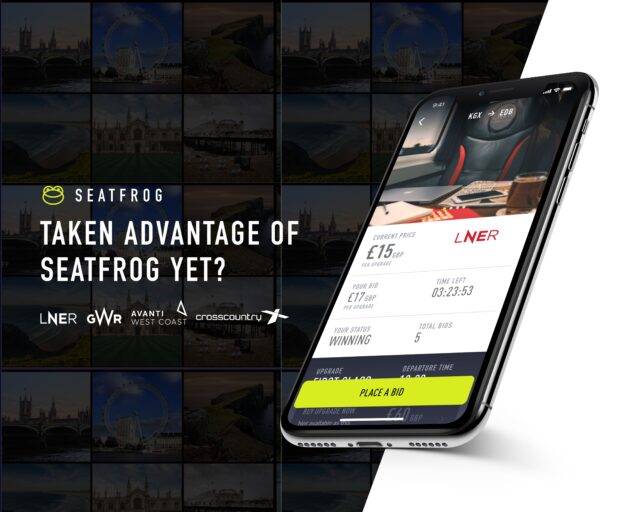 The image above is one example of the creatives used to help generate the result they were after.

Overall we managed to achieve an upgrade cost of £16, an install cost of £1 and a return on ad spend of 0.6.

By the end of us working together we had also established key channels for driving acquisition, average cost per upgrades and differences in LTV across channels.